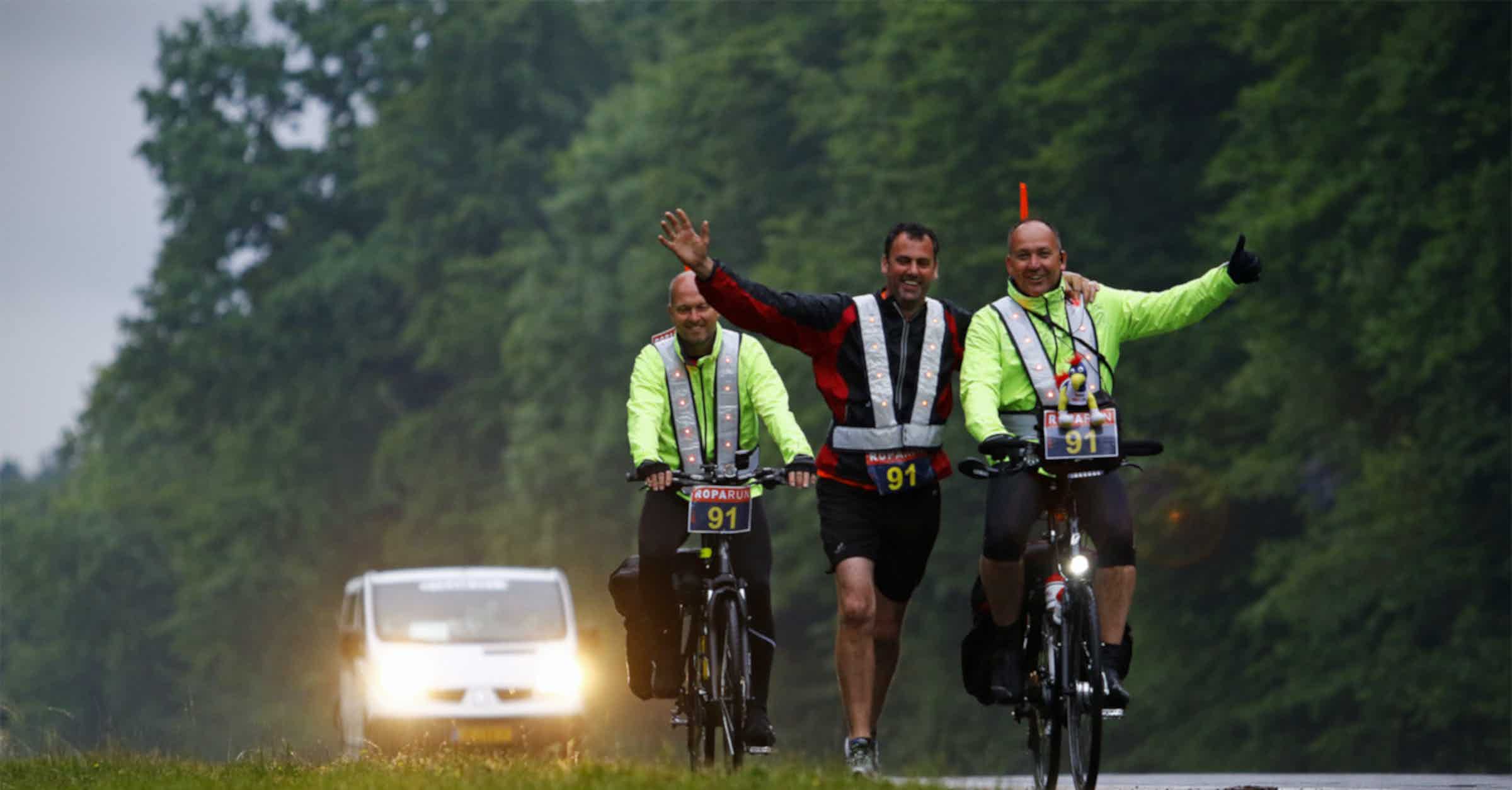 The Roparun is a relay race with starting locations in Paris and Bremen and a common finish in Rotterdam. A Roparun team consists of a maximum of eight runners who thus each run an average of about 65 kilometres, in other words more than one and a half marathons (!).

In addition a team consists of at least two cyclists and a number of additional support people. For example, there are drivers, care-givers, caterers and road captains. Teams are responsible for arranging for these tasks themselves, and an average team has 25 people.

In addition to the athletic endeavours, an effort must also be made to raise money for the cause. Teams do this by organising all kinds of activities. For example, they pack groceries, wash cars, hold collections and look for sponsors. Team members are also required to sell Roparun raffle tickets, whose proceeds go the cause.

The three teams with the highest proceeds and the six teams that have won a prize for their running speeds, are honoured during the final celebration of the Roparun, which is held a few weeks after the finish. The total proceeds of the Roparun are also announced on that evening. The past iterations of the Roparun have already raised over 90 million euros for care for people with cancer.

This informative animation shows briefly what a Roparun team looks like!

Would you like more information about participating in the Roparun? Then take a look at the participant information.