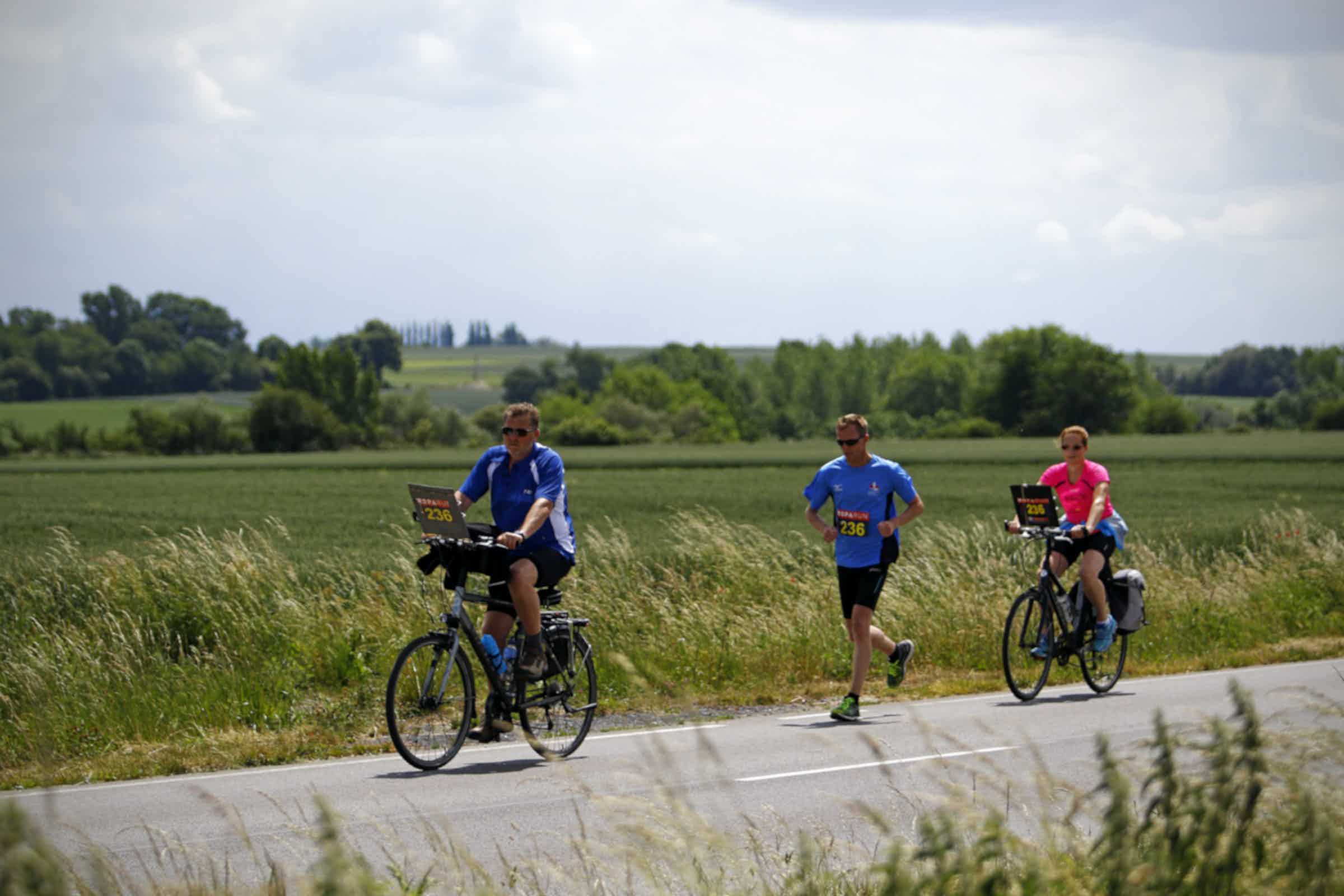 Beware
Roparun has announced that the upcoming edition will take place in the Netherlands. Roparun NL will have one startlocation in Landgraaf. From there the teams will take one of two routes, a North and South variation, to the communal finish in Rotterdam. Naturally all the safety precautions are being taken, to ensure a safe return.

It’s possible because of this one-off edition that some of the events rules and regulations will be altered. Teams will be informed through newsletters and meetings.

The Roparun routes are mapped out each time annually by the Roparun route team. A route is published four times in all; the reason is that the route can be affected in the interim by, for example, roadworks, permits or for safety reasons. The fourth and definitive route appears one week before the start of the Roparun.

The guides on bicycles and drivers of accompanying vehicles can make use of the TomTom and Garmin files and the route roll. It is also possible to print out map materials yourself from Google Maps.

In the Garmin and TomTom zip files there is a reference to various websites where guides can be found on how the files can be loaded onto the navigation devices. You may be able to use this TomTom via MyTomTom Guide for newer TomTom models or this old-type TomTom Guide. For further explanation see the guide for your own navigation device.

It is recommended that before you start scouting the route, you first do it at home using the Google Earth and Google Maps files.

If the guide cyclist uses a Garmin Trackdevice, he should also have the route roll with him, as certain instructions are not displayed in Garmin (for example toilets, checkpoints and hazardous points).